Developer Kosta Eleftheriou, who has been highlighting apparent scam iOS apps on the App Store over the past few weeks, has shared a formula for spotting such apps, which includes fake reviews, fake ratings, and deceptive weekly subscriptions (via 9to5Mac). 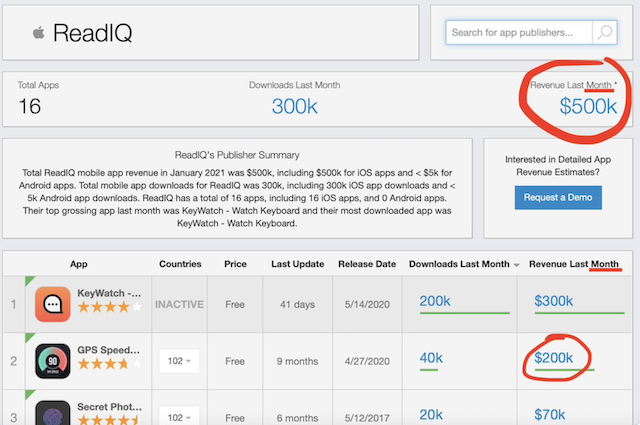 Eleftheriou began highlighting apps that were non-functional ripoffs of his FlickType Apple Watch keyboard app that enables gesture typing on the watch. He is also one of the creators of Flesky keyboard app, which has now been acquired by Pinterest.

According to the developer, one of the most blatant ripoffs of his app is KeyWatch, which launches with a blank interface and an “Unlock now” button. Tapping the “Unlock now” button prompts users to confirm an $8/week subscription for an app that is nonfunctional.

“Fake ratings, and fake reviews. These quickly push the scams to the top of search results, leaving honest & hard-working developers in the dust.”

After Eleftheriou’s Twitter thread gained traction, Apple removed KeyWatch and a handful of other similar scam Apple Watch keyboard apps from the App Store. That being said, the company hasn’t taken as swift of action against similar applications from the same “developer.”

Eleftheriou has already exposed tons of additional scam applications on the App Store via a simple Twitter thread showcasing “how to spot a $5M/year scam on the App Store, in 5 minutes flat.”