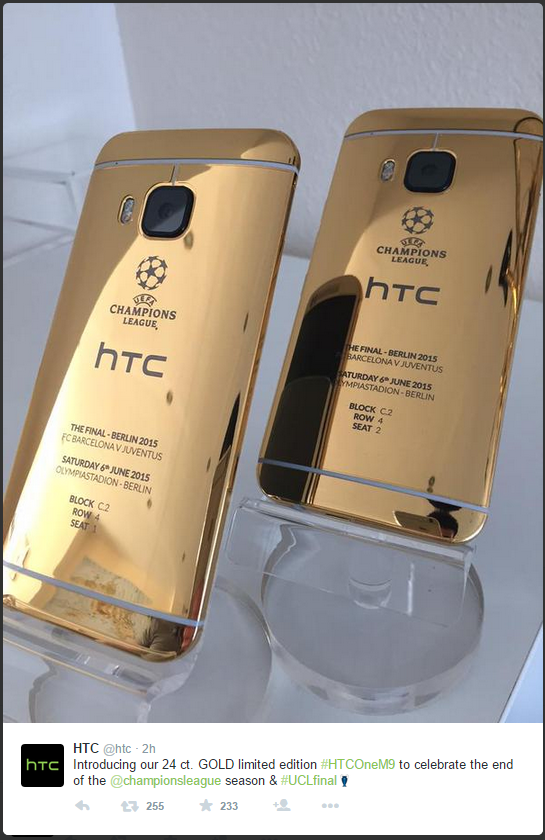 HTC today introduced a 24-karat gold limited edition of its flagship HTC One M9 smartphone, by making the announcement in a Tweet along with pictures of the new device. However, it seems that one of the three photos shared of the new smartphone was taken with an iPhone (via VentureBeat). The smartphone was launched to celebrate the end of the UEFA Champions League season, and features information about the final Champions League match between FC Barcelona and Juventus . 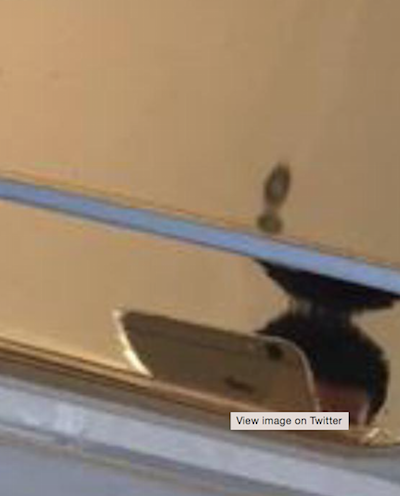 If you look closely at the blown up image above, you can even make out the Apple logo. The company has however now deleted the tweet and has posting a new one without this image.

So far, HTC has neither revealed how you can get one of these gold HTC One M9 phones, nor how many it plans to manufacture and sell.

Damn that gold material, why the hell does it have to be so shiny? 😛