Huawei has just announced its latest tablet called the ‘MatePad Pro,’ which as the name clearly implies, is a shameless clone of Apple’s iPad Pro, down to the clip-on keyboard and stylus. Sadly, it doesn’t run iPad OS and instead runs EMUI 10, a modified version of Android 10 (via CultofMac). 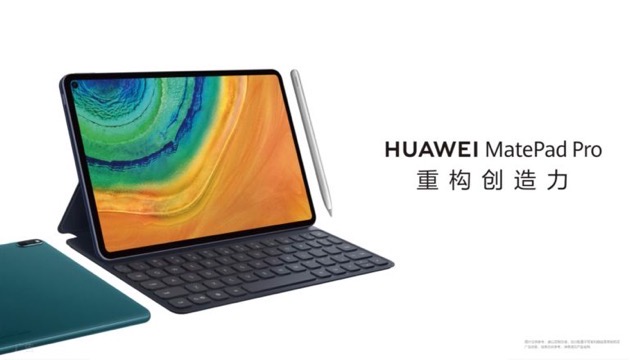 As you can notice in the image above, the MatePad Pro features the same rounded corners and slim bezels as the iPad Pro. The display measures 10.8-inch with 2,560 by 1,600 pixels resolution.

Huawei’s latest tablet features the company’s new Kirin 990 processor, 6GB of RAM and 128GB of storage, as well as a 13 MP rear camera and a 7250 mAh battery.

The MatePad Pro is priced around US $470 which includes the keyboard and stylus. Check out the following demo video of the tablet, courtesy of Huawei.