Alleging that the company is not doing enough to serve people with disabilities, a man has filed a human rights complaint against Uber Canada through the Human Rights Tribunal of Ontario, CityNews Toronto is reporting. 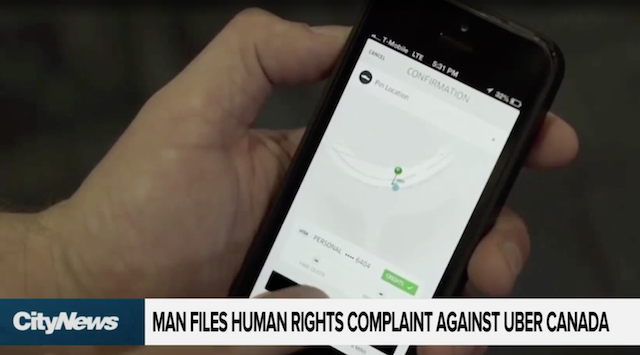 McNeely alleges that the ride-hailing company has discriminated against him on the basis of disability and that Uber Canada has failed to accommodate his special needs, leaving him feeling “unsafe and neglected.”

“For example, I can request a driver to come to my location, but most of the time they call me to confirm where they are and ask me to meet the car so we can begin our ride,” he told City News.

Meanwhile, Uber spokesperson has responded with the following statement:

“There is an anonymized text feature within the Uber app that gives customers a way to communicate with their driver or delivery person, which can be used for the blind, deaf, and hard of hearing communities. We will decline to comment on this active litigation.”

McNeely says he’s not looking for compensation or damages and only wants Uber Canada to change its practices when it comes to users with disabilities.