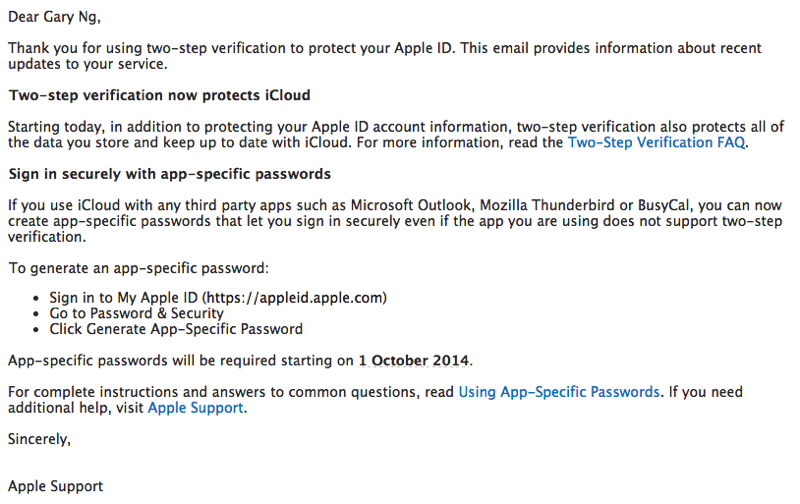 If you’re using a third party app such as Outlook, Thunderbird or BusyCal, you’ll need to generate an app-specific password by October 1.

Yesterday, Apple enabled 2-step verification for its iCloud.com, adding an extra layer of security. These latest additions are much welcomed. Let us know how your password-generating experience goes for third party apps.