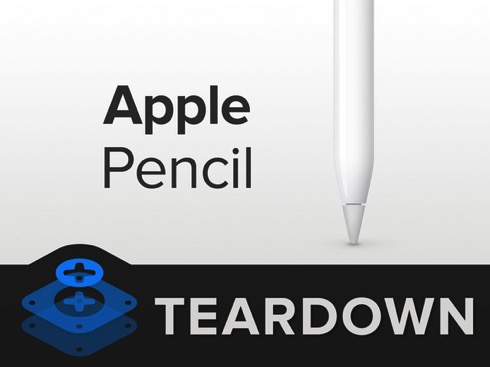 The folks over at iFixit have just completed their Apple Pencil teardown, revealing impressive internals including a tiny logic board and a pair of emitters that send angle and location data. These emitters also communicate with the iPad’s built-in digitizer for pressure detection. The teardown experts however say that even though the pen nib and cap can be replaced if worn out or lost, it’s impossible to open the Pencil without destroying it, which is why it gets a repairability score of 1 out of 10. 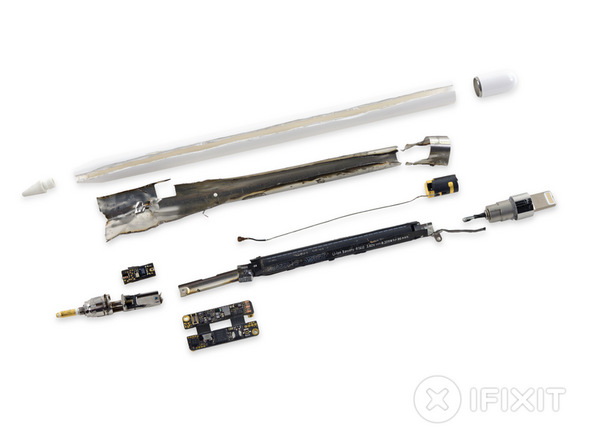 The teardown of the Apple Pencil shows a tiny 0.329 Wh lithium-ion rechargeable battery that holds just 5% of the charge of an iPhone 6s battery, next to a small cylindrical black and gold antenna. There is also a small ribbon cable that connects the Apple Pencil’s battery with its Lightning connector for charging. On the other side of the battery is a tiny folded logic board that houses a 32-bit ARM-based Cortex-M3 microcontroller and Qualcomm Bluetooth 4.1 chip. 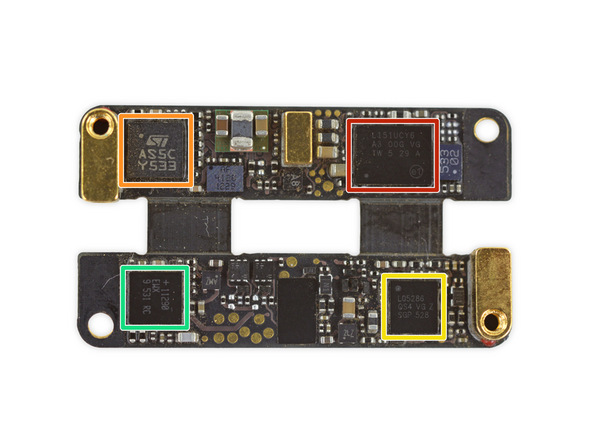 Yesterday, the Internet saw Apple Pencil undergo a torture test on YouTube by Zach Straley, who determined the accessory to be quite durable.

To read the Apple Pencil teardown in its entirety, hit up the source link.