iLounge has posted what sources tell them are new accessories made with Apple’s smaller dock connector, which we have seen leaked previously. The accessories clearly show a much smaller connector compared to the existing 30-pin connector:

Each of the images appears to show upcoming products from leading third-party accessory maker Scosche, beginning with “syncABLE Pro,” a dual-device wall charger and “reNUE Pro,” a dual-device car charger. Both charging products are bundled with a cable that converts its Micro USB plug into a “new Apple connector,” and come in multiple versions with varying levels of power output.

Here are the images below–note that iLounge has now removed them at the request of Scosche, an indication they are the real deal: 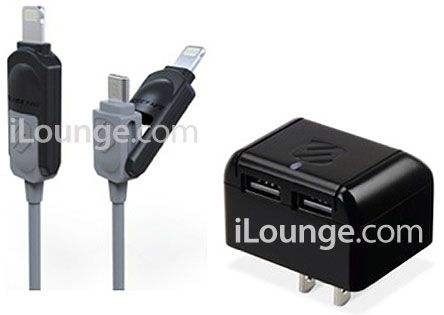 A much smaller dock connector enables Apple to produce a much thinner phone and also frees up space for other components. What do you think of these new accessories?

Apple is reportedly scrapping its initial plans to increase iPhone production this year due to lower-than-expected demand. Following the launch of its new flagship, the iPhone 14 series, Apple is now reconsidering the scaling of its production. As reported by Bloomberg, Apple has reached out to its supply chain partners. Initially, the Cupertino company is...
Steve Vegvari
21 mins ago