If you’re an Instagram addict, then you might want to take note of the Instacube, the latest project on Kickstarter. This cubed digital picture frame will stream your Instagram photos live over WiFi, and from there you can favourite images via buttons on top of the devices.

Log into your Instagram account using the touch screen keyboard, and bam! You’re up and running. Photos from your Instagram feed will start pushing to Instagram immediately. Use the Toggle button at the top of Instacube to switch between viewing your own photos, the photos of your friends, and the “popular” feed.

Here are the tech specs: 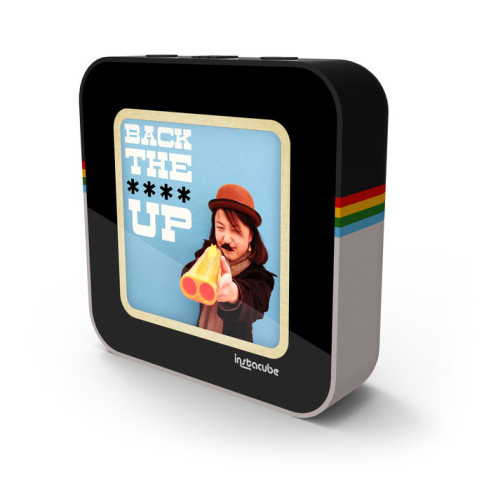 The device runs on Android OS, so if that makes you want to throw up in your mouth a little then you should ignore this project. But if you love Instagram, this is definitely a cool looking device that should bring the photo-sharing app to another level.

We’ve seen the Instagram ‘Socialmatic’ camera concept before, but that is nothing like this. Just last week, Instagram released 3.0, an update that introduced UI tweaks and a new photo map view.

Is the Instacube something you’d be interesting is having around the house? At $150, it does seem pretty pricey, and the expected launch isn’t until 2013 Q2. So you won’t have it in your hands anytime soon, but the creators D2M seem to have everything in place.

Eero, an Amazon company, has just announced a new range of WiFi solutions, including eero PoE 6 and eero PoE Gateway Power-over-Ethernet (PoE) devices, for setting up faster, reliable WiFi networks at homes and businesses. The eero PoE 6 is a dual-band Wi-Fi 6 PoE access point that provides up to 2,000 square feet of coverage...
Usman Qureshi
6 seconds ago

Amazon today announced at its special event an update to its best-sounding Echo speaker, the Echo Studio. This speaker is now available in Glacier White, joining Charcoal, while it also gets some enhanced audio technology updates, that will be available for all existing and new users. New custom spatial audio processing technology and frequency range […]
Gary Ng
9 mins ago

Apple's new Crash Detection feature, available on iPhone 14 and the company's latest Apple Watch models, is designed to automatically contact emergency services in the event of a severe car crash.  However, it can sometimes mistake a rollercoaster ride for a car crash (via Reddit). One Reddit user found this out the hard way when...
Nehal Malik
26 mins ago