3D Touch is a new software and hardware-based feature exclusively for iPhone 6s and iPhone 6s Plus users, but it looks like Instagram has quietly implemented it for iPhone 6 and iPhone 6 Plus users (similar to how it was introduced for Android users last month). Some of you may already know about this, but it’s the first time we’ve tried it.

How to give some 3D Touch features a try? Launch Instagram on your iPhone 6 or iPhone 6 Plus running iOS 9.2 (we’ve only tested it with this version so far), tap on the ‘Explore’ tab along the bottom, then tap and hold on any image.

The image should ‘peek’ into view (unfortunately it won’t ‘pop’ of course), and if you slide up while holding down, you’ll get options to Like, View Profile or Send as Message—exactly the same way iPhone 6s and iPhone 6s Plus users get with 3D Touch: 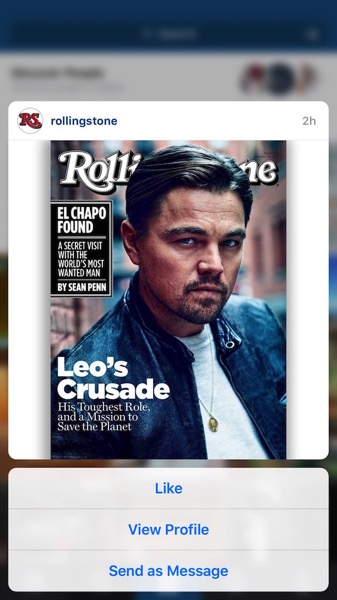 Let us know if you’re going to give this a try on your iPhone 6, and if any other older models support this as well.

Update: This also works on the iPhone 5s.

TikTok has revealed its 2022 year in review, highlighting the latest trends, creators, movements and moments that made this year one to remember in Canada and around the world. According to the social network, it says the “TikTok community elevated and celebrated creative expression in new ways–discovering, creating and sharing content that captured our collective imagination.” […]
Gary Ng
9 mins ago