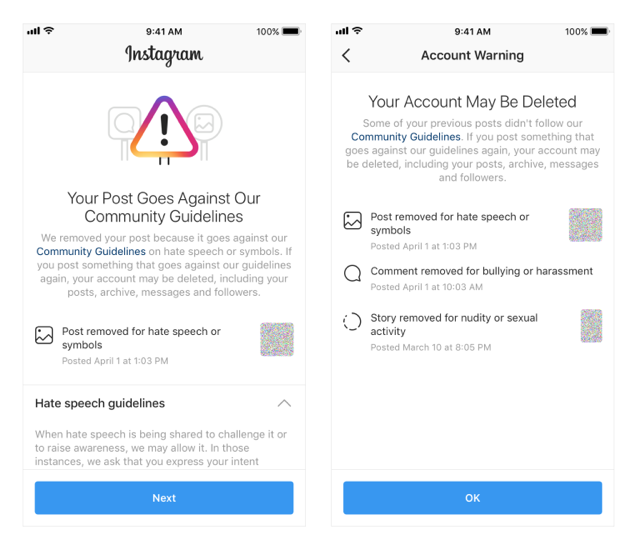 Regarding its updated appeals process, here’s what it says:

“To start, appeals will be available for content deleted for violations of our nudity and pornography, bullying and harassment, hate speech, drug sales, and counter-terrorism policies, but we’ll be expanding appeals in the coming months. If the content is found to be removed in error, we will restore the post and remove the violation from the account’s record.”

Instagram will also be bringing the option to appeal disabled accounts directly within the app in the next few months. You can get more information through Instagram’s Help Center.