Instagram has announced comment threads are here, allowing users to “keep track of conversations and make it easy to respond to a specific thread,” while also “make your feed an even better place to share interests, get inspired and connect with others.”

The update will see a new ‘Reply’ option underneath existing comments, which will put subsequent replies into a nested format, making it much easier to keep track of what’s going on. 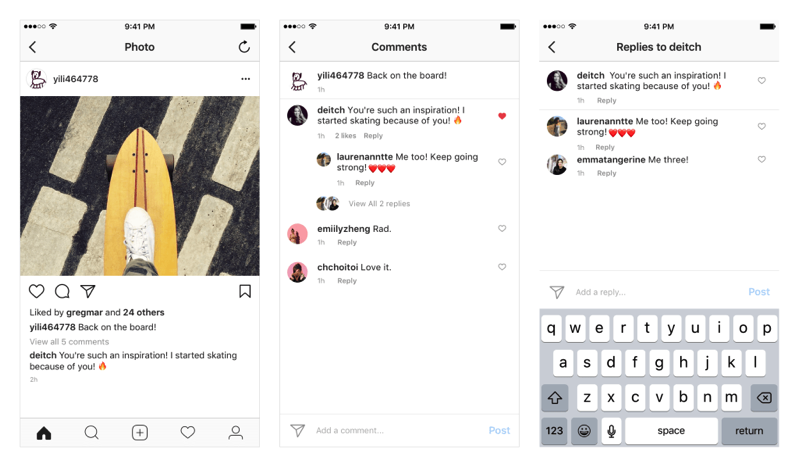 Instagram says those using the latest iOS app will see this soon (Android as well), with the complete global rollout set “in the coming weeks.”

We’re not seeing the nested comment threads in Canada yet—let us know if you do.