According to The Verge, Instagram has started rolling out the ability to access direct Messages or DMs via its website to a select number of users worldwide, allowing businesses, influencers, and others to send and receive DMs straight from their desktop browsers. 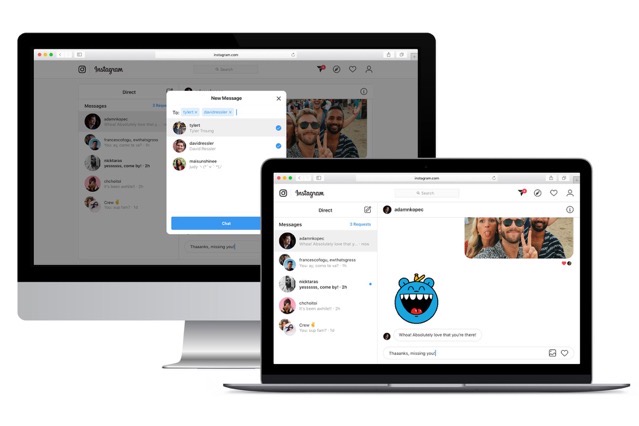 Instagram says today’s rollout is just a test, although a wider roll-out is planned in the future. Interestingly, when the Verge asked why Instagram launched web DMs instead of something like a native iPad app, a company spokesperson said that DMs on the web help its users “stay in touch with the people you care about.”

Instagram DMs work the same way through the browser as they do on the app, such as creating new groups or starting a chat with someone either from the DM screen or a profile page:

You can also double-tap to like a message, share photos from the desktop, and see the total number of unread messages you have. You’ll be able to receive desktop DM notifications if you enable notifications for the entire Instagram site in your browser. Instagram says it’ll “continue to iterate” on this during the test.

Do you think the ability to send DMs via the Instagram website is actually more useful than a native iPad app?