Instagram Now Lets You Add Pronouns to Your Profile in Canada 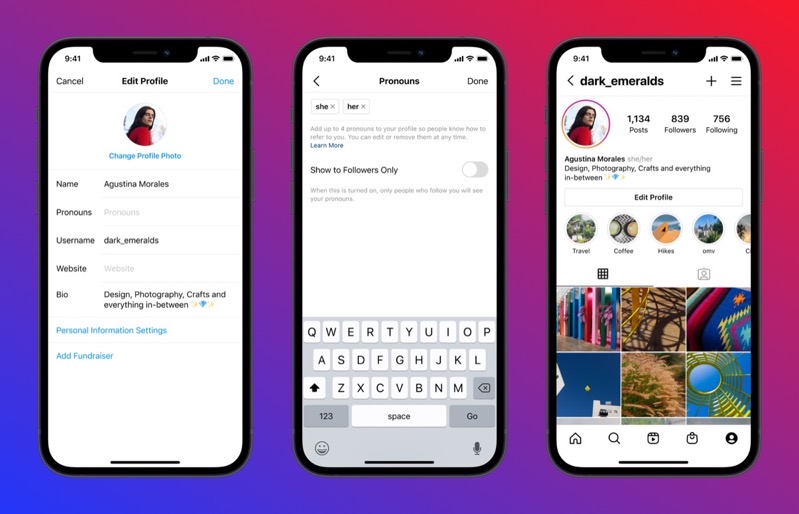 Instagram announced on Wednesday it’s now possible to add pronouns to your profile in Canada, one of a few countries to gain this option for now.

We'll continue to update the list of terms over time, so that more people around the world can share their pronouns more easily. If you have suggestions you can drop them here: https://t.co/u0JKBlTqAM https://t.co/9XeKRhZvk8

Users can edit their profiles to add up to four pronouns. There’s also a toggle to only show your pronouns to those that follow you.

“Sharing preferred pronouns has been widely adopted by our community, and with this new feature, we hope to normalize the adoption further and make it easier for Canadians across the identity spectrum to express themselves on Instagram,” said an Instagram spokesperson in a statement to iPhone in Canada.

Facebook said the new change builds on their work to support the LGBTQ2S+ community “by fostering a more inclusive and respectful environment.”