Instagram has just debuted a TikTok-clone app dubbed ‘Reels’ that allows users to create video-music remixes. Much like its Chinese rival, the Reels app lets you make 15-second video clips and remix them with music for sharing them as Stories (via TechCrunch). 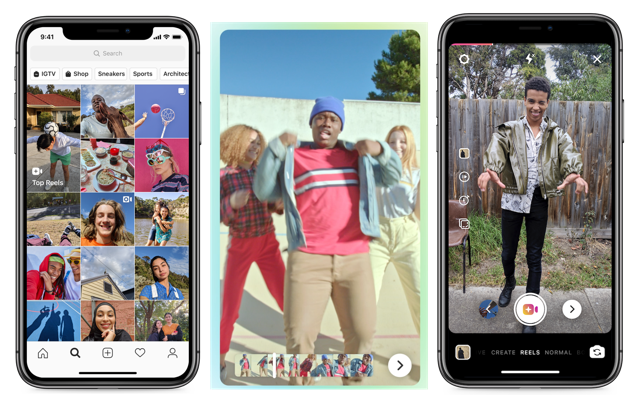 Even though Chinese startups are commonly criticized for copying American companies, Reels’ launch signals a major shift to cloning in the opposite direction. The app is rolling out today on iOS and Android starting with Brazil, where it is called ‘Cenas’ and includes all of Instagram’s popular features to come forth as a powerful competitor to TikTok’s 1.5 billion monthly users.

“I think Musically before TikTok, and TikTok deserve a ton of credit for popularizing this format,” admitted Robby Stein, Instagram’s director of product management.

Yet Stein insists, “No two products are exactly the same, and at the end of the day, sharing video with music is a pretty universal idea we think everyone might be interested in using. The focus has been on how to make this a unique format for us.” The key to that divergence? “Your friends are already all on Instagram. I think that’s only true of Instagram.”

While there is no word yet on Reel’s launch in Canada and other countries, do you think Instagram’s clone will be able to beat TikTok at its own game?