Apple Releases iOS 10.1 Download, with Portrait Mode for iPhone 7 Plus

Apple has just released iOS 10.1 for download, available for iPhone, iPad and iPod touch, including iOS 10.0.1 for Apple TV 4 and watchOS 3.1 for Apple Watch users.

iOS 10.1 includes Portrait mode for iPhone 7 Plus users, which simulates depth of field effects like what you see from higher-end dSLR cameras. 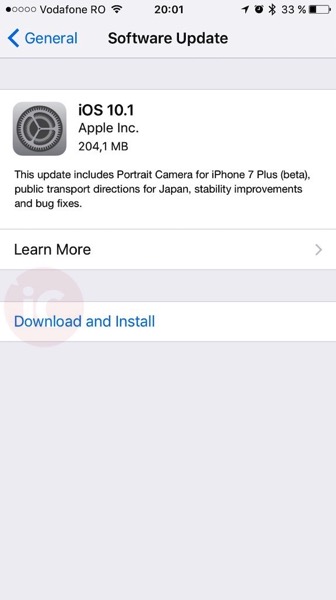