You can now download iOS 10.3.3 for your iPhone, iPad or iPod touch, as Apple has just pushed out the release, which is a 137.6MB download for the iPhone 7 Plus. 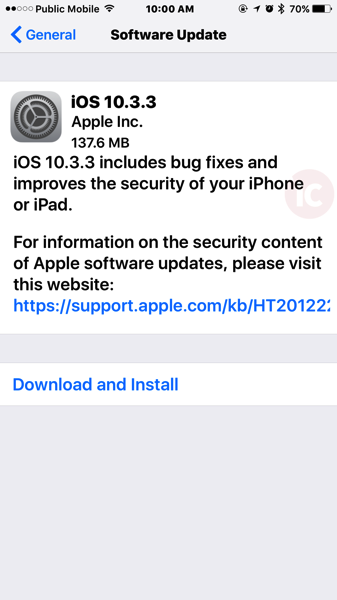 Also out is watchOS 3.2.3, a 32.3MB update which states it includes improvements and bug fixes. Apple has also released tvOS 10.2.2 for Apple TV 4 users, which you can install by going to System > Software Update.

Apple also pushed out macOS Sierra 10.12.6, which “improves the security, stability and compatibility of your Mac” and is also recommended for all users to install.