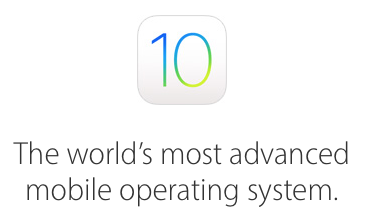 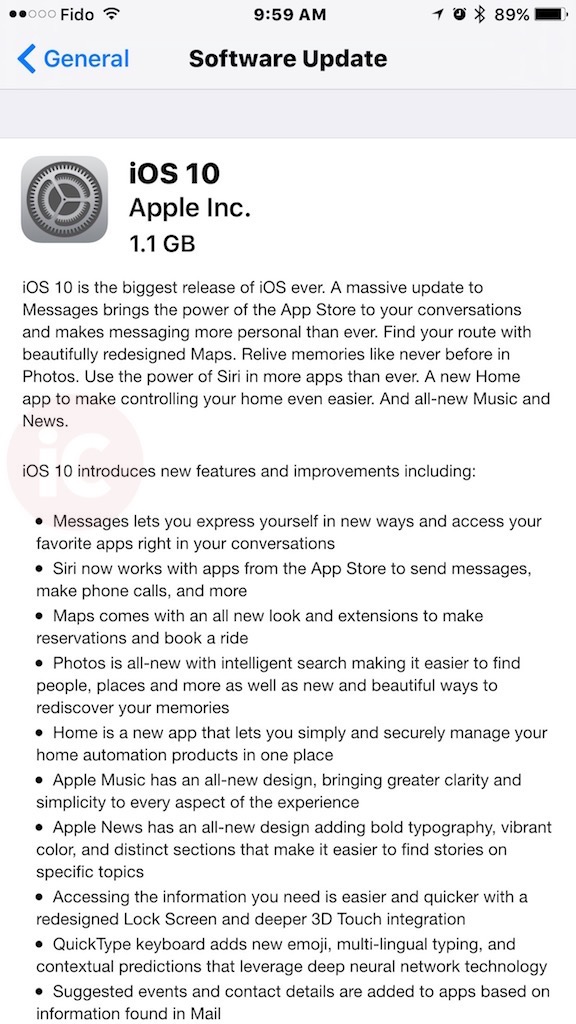 The following devices are compatible with iOS 10:

You can download iOS 10 by going to Settings > General > Software Update on your iOS device. Apple’s servers will get slammed by millions of iOS users getting updates, so if you’re not desperate, wait a few hours or start your updates this evening. Don’t forget to backup to iCloud or iTunes before updating, of course.

The final version of macOS Sierra is coming September 20th.

Update: Some iPhone SE users, after installing the update, have seen their devices jump into recovery mode, showing the ‘plug into iTunes logo’. So be warned, iPhone SE users!

Update 2: Our own iPhone 6s Plus OTA update to iOS 10 resulted in the same ‘plug into iTunes’ screen. Now plugging into iTunes…