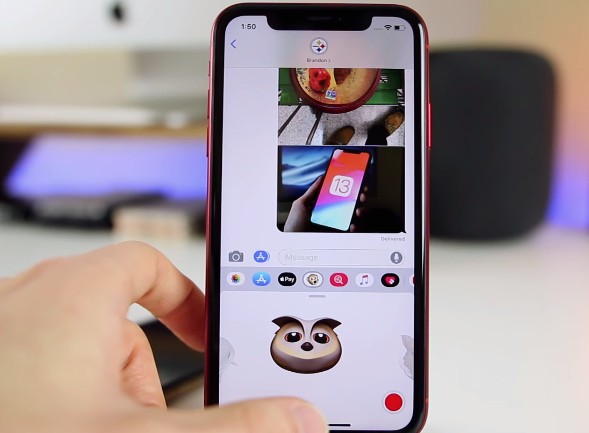 The new Animojis include a giraffe, shark, owl and boar. If you love sending Animojis, you’ll be happy when iOS 12.2 sees a final public release. For us, we rarely use Animojis anymore.

Also new in iOS 12.2 beta 2 is the inclusion of battery life percentage, now on the lockscreen. This means when you tap to wake your display, you’ll see the battery percentage right away, in what looks to be replacing the date.

Normally, you’d need to swipe into Control Center to see battery percentage on an iPhone X or newer. This is only the second beta, but I can’t see Apple removing the date from the lockscreen.

iOS 12.2 beta 2 also has a new AirPlay icon in Control Centre within the Now Playing widget, while the AirPlay icon within Music gets a new animation.

There’s also a new modem firmware update to 1.04.13, which apparently will fix some cellular connectivity issues.

This update also should fix Apple’s glaring Group FaceTime bug, which let users eavesdrop on contacts secretly. The company promised a software fix was coming this week to re-enable Group FaceTime, which has been disabled server side.

You can take an early look at the new Animojis and what’s new in iOS 12.2 beta 2 in the video below from YouTube channel Brandon Butch (we’ll post EverythingApplePro’s video later when it’s up):