Apple has pushed out its Release Candidate (RC) versions of software for developers, ahead of a public release. 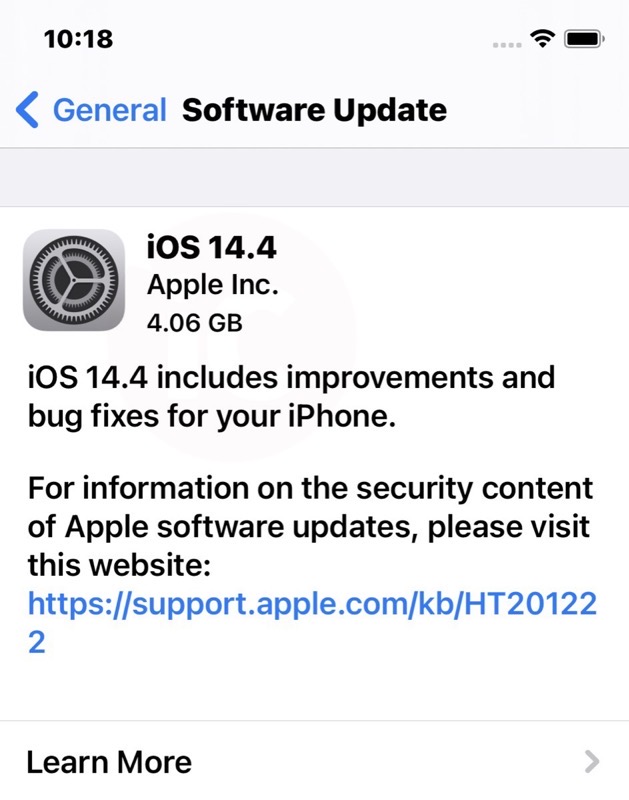 iOS 14.4 comes in as a 4GB download and says it includes “improvements and bug fixes for your iPhone.”

Here are the changes in iOS 14.4 RC according to Apple’s changelog:

Google on Tuesday announced new product updates, and its latest includes the debut of the Nest Wifi Pro with Wi-Fi 6E support, the first router from the company that is triband mesh network ready. Wi-Fi 6E (E for Extended) leverages the new less-crowded 6 GHz radio band and offers speeds up to two-times faster than […]
Gary Ng
9 mins ago

Google today announced a major update for the Google Home app that brings a fresh new design, Matter integration, support for both Wear OS and the web, and plenty of new features. The company said it set out to reimagine Google Home because the number of average connected devices per user has gone up from...
Nehal Malik
31 mins ago