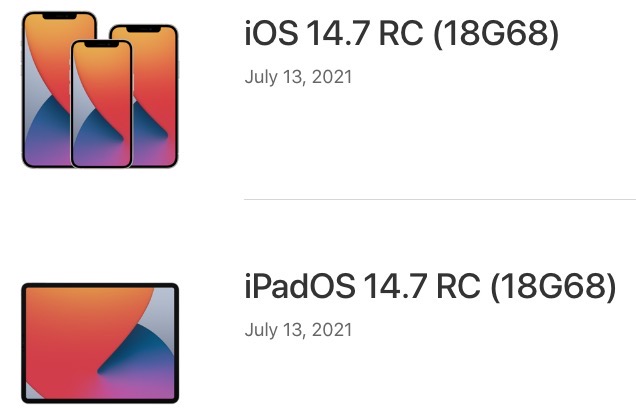 Apple on Tuesday unleashed iOS 14.7 RC (release candidate) and more for developers, signalling the public releases of the following software will be shortly released, likely next week:

No word on what’s new in these RC builds (which come after five betas of 14.7), but likely it’ll just be ongoing bug fixes and performance improvements. Stay tuned for the final release of iOS 14.7 coming soon.