iOS 14 to Let You Scan a QR code and Use Apple Pay: Report

9to5Mac has discovered deep inside the Wallet app in iOS 14 is an upcoming feature to let iPhone users scan a QR code, then pay with Apple Pay:

“References found in the iOS 14 code reveal that Apple is working on a new method for letting users make payments with Apple Pay by scanning a QR Code or traditional barcode with the iPhone camera,” explains the site.

The feature was accessible and hidden within iOS 14 beta 2 and doesn’t work when tested, but an image does show how the system will work. Check out the image below, which shows a feature called Code Payment and the text, “you can now use Apple Pay to make payments with QR codes.” 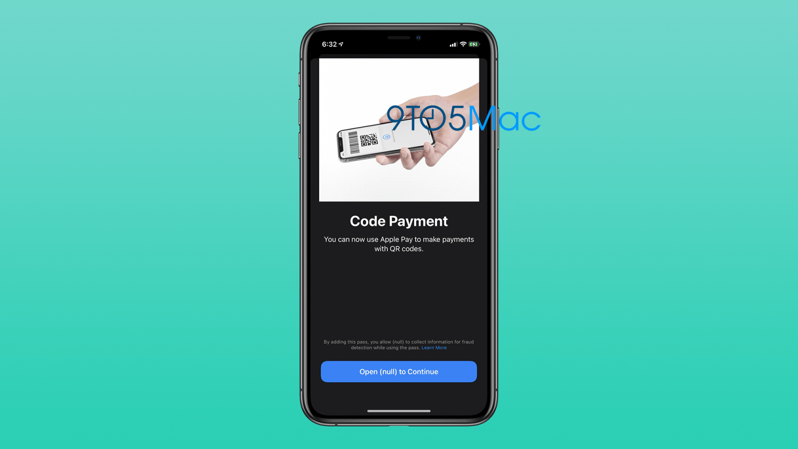 All you have to do is point your iPhone camera at a QR code, then Apple Pay will be accessible to pay. As for use cases, QR codes could be used at markets or stores, allowing customers to easily and securely pay for an item.

“Users will point the iPhone camera at a QR Code or traditional barcode to pay bills and other things with a card registered with Apple Pay,” explains 9to5Mac.

Scanning a QR code to pay is popular in other parts of the world, such as China and has been used already by WeChat Pay and AliPay. It’s unclear when and if this feature will launch, but we do know the feature is available.

Apple is currently on track to double iPhone exports from India by March 2023. This pace was first kickstarted in April and is continuing as India proves to be a major asset in Apple's diversification of its supply chain. In the five-month span since April, Apple has gone on to cross the $1 billion mark...
Steve Vegvari
13 mins ago