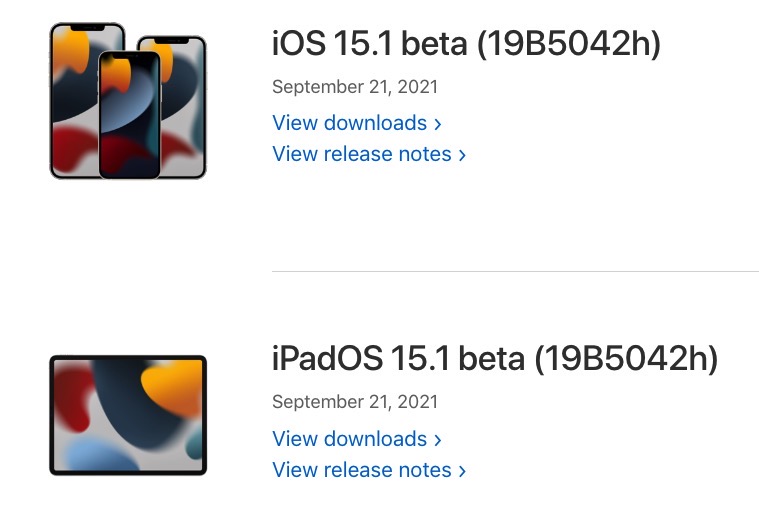 Apple has released new beta software for developers, including the first iOS 15.1 beta. Check out what’s available for download below:

No word on what’s new yet in this update in terms of feature or design changes, but expect bug fixes and performance updates as usual. iOS 15.1 developer beta is coming in at a 6.38GB download.