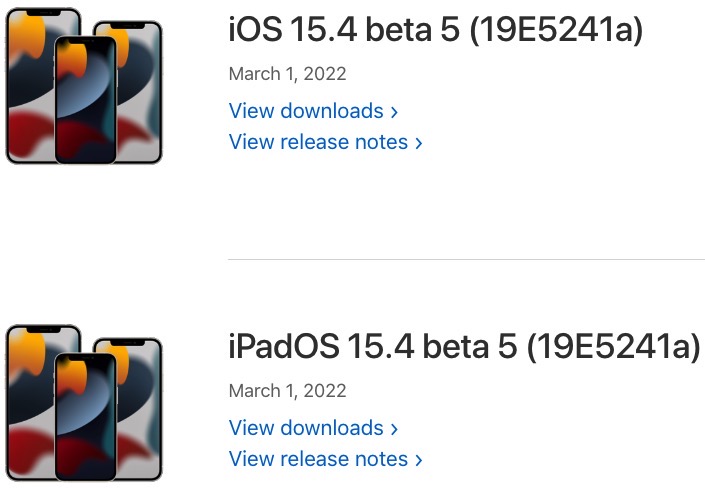 Apple on Tuesday released a new slate of beta software for developers, including iOS 15.4 beta 5 and more.

According to Bloomberg’s Mark Gurman, “am told this is the final seed — barring anything unforeseen.”

No word on what’s exactly new just yet, but stay tuned for updates. Equivalent versions for public beta testers should be coming soon.