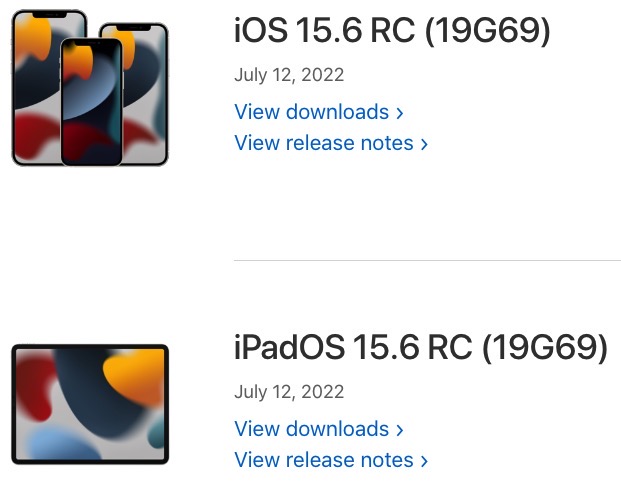 Apple has pushed out iOS 15.6 release candidate (RC) and other final builds to developers on Tuesday, signalling an imminent release of the following software for customers soon:

You can check out what’s new in iOS 15.6 beta 5 in the video above from zollotech.

Release candidate builds are the final versions before software is made available for all Apple customers. iOS 15.6 RC includes bug fixes and other performance updates.

Yesterday, Apple released its first public betas of iOS 16 and more. Click here to learn how to install iOS 16 public beta on your iPhone.