While the final release of iOS 15 will happen later this year with the iPhone 13 announcement, you can now download the iOS 15 beta 1 to experience it on your iPhone. 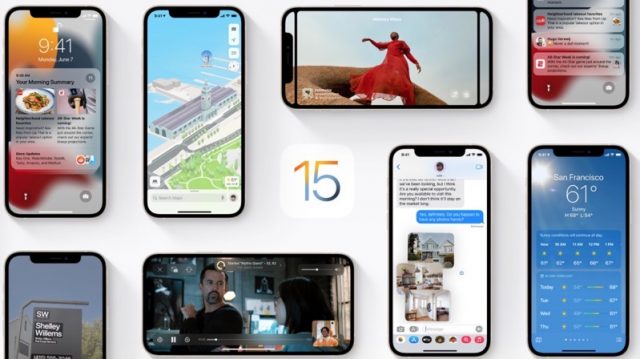 This fall, you’ll be able to add your driver’s license to your Apple Wallet, listen to a new album with your friends through FaceTime, and customize your iPhone’s home screen to only show work apps and notifications when you’re on the clock, explains a new video from YouTuber zollotech reviewing the newest features on iOS 15 beta 1.

FaceTime is getting a load of updates in iOS 15. Users can now schedule FaceTime calls and share the links with other iOS, Android and Windows users. You’ll also be able to blur the background around you using a new portrait mode.

A new feature called SharePlay will allow users to share music, TV shows and even Disney Plus content across a FaceTime call so you can watch it all together – even using AirPlay to showcase it on a TV. There’s a SharePlay API that developers will be able to build into their apps too.

There have been some changes to the audio options in FaceTime calls with iOS 15. Spatial Audio is here now, so conversations should sound more spread out and natural.

iMessage was heavily rumoured to be getting a raft of new features in iOS 15 prior to WDDC 2021, and the video proves that to be the case. Links and files that are shared with you will show up in the News app so you can browse the stories later.

There’s a new notification summary included in iOS 15. This groups together notifications and pings them to you at certain points during the day. This is ideal for those apps where notifications don’t need to be seen right away. Apple has also slightly upgraded the look of the notification panel.

Focus is a new feature that gives you individual profiles with various settings specific for each. For instance, if you’re at work, you can silence personal apps and personal calls and messages. If it’s the weekend, you can silence your work emails. Your settings sync across your iCloud account if you have multiple Apple devices. And it’ll even affect your home screen by showing and hiding apps and widgets.

The weather app has been overhauled, with new animations and graphics throughout. There are also new weather maps, which look a lot like those from Dark Sky.

Registered developers can download the profile for the first iOS and iPadOS betas from the Apple Developer Center, and once the profile is installed, beta updates will be available over the air. It’s best to install iOS 15 and iPadOS 15 on a secondary iPhone because this is early release software that could have issues.