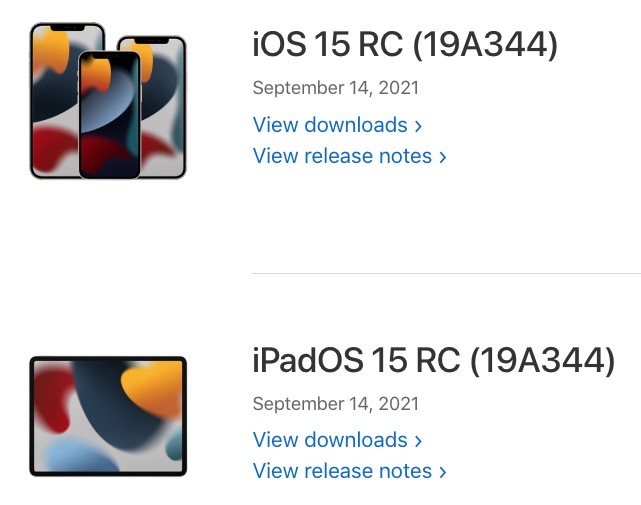 Apple has released its latest RC (release candidate) software builds for developers, ahead of public release dates. This build is the final release that will be made public next week.