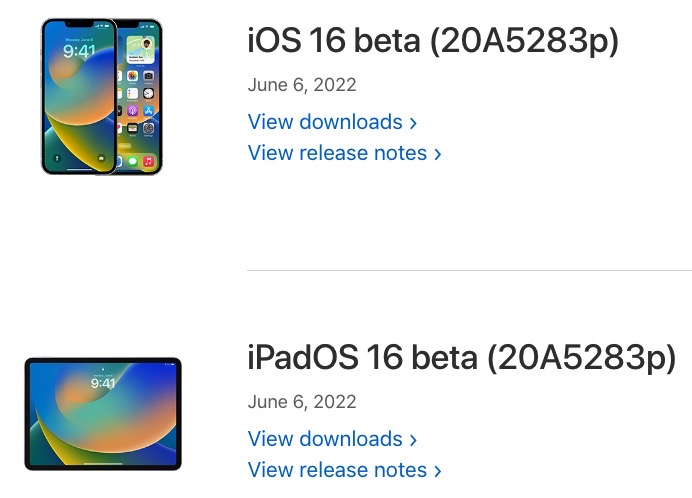 After unveiling previews of its next software for its devices, Apple has unleashed the first beta builds for developers, including iOS 16, iPadOS 16, macOS 13, watchOS 9 and tvOS 16. Check out the downloads below, available from the developer portal:

You can check out our ongoing full coverage from WWDC here.