Apple tonight has released iOS 8.1.1 beta for developers, available for the iPhone, iPad and iPod touch. A new version of Apple TV Software beta was also released as well: 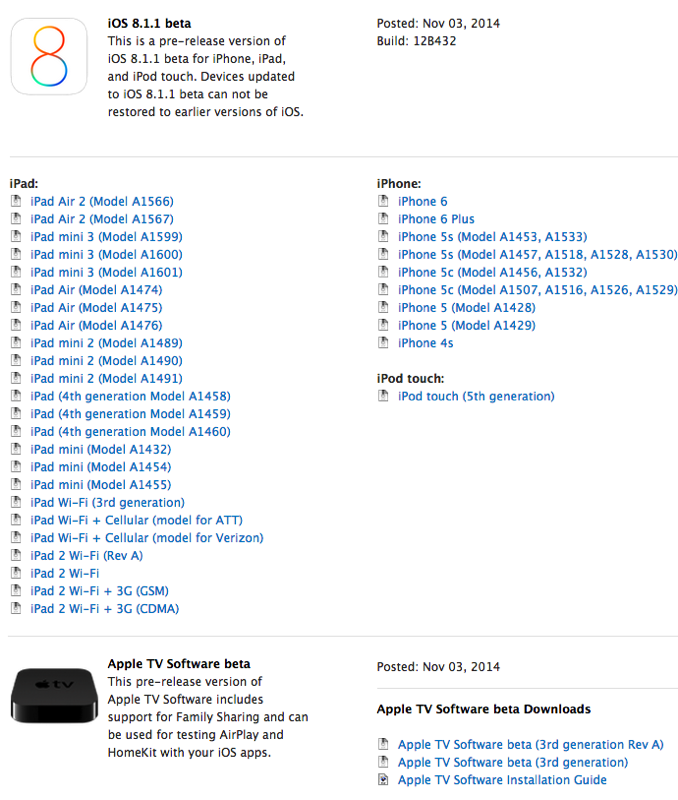 According to the release notes, this release includes “bug fixes, increased stability and performance improvements for iPad 2 and iPhone 4s.” So for those older iOS device users, this upcoming version of iOS 8 could help the operation system run better on your device. Despite the note for helping older devices, current users of the iPhone 6 and iPhone 6 Plus continue to be plagued with bugs related to Wi-Fi networking, copy and paste and also iCloud issues.