iOS 8.1.2 Download Released for iPhone, iPad and iPod touch [u]

Apple has just released iOS 8.1.2 for download, available over-the-air or by plugging in via iTunes for eligible devices capable of running iOS 8 (iPhone 4s or newer, iPad 2 or newer, 5th gen iPod touch). The update is 28.2MB for the iPhone 6 and 28.3MB for the iPhone 6 Plus: 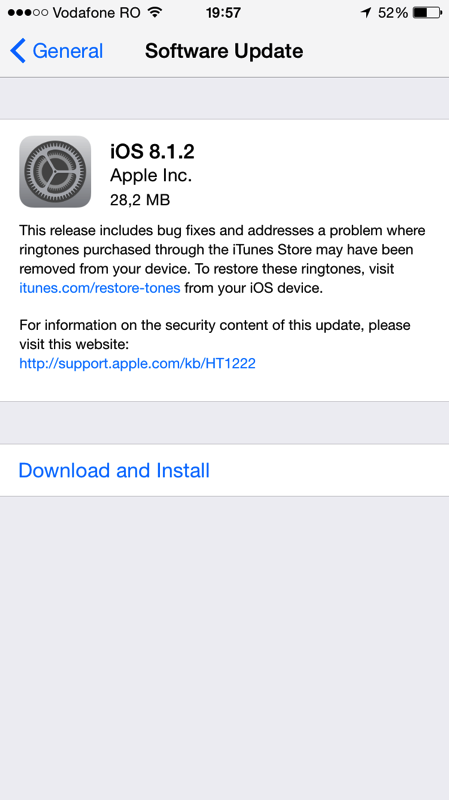 The minor update says it fixes bugs and addresses an issue with ringtone purchases not being restored on your device. Users are told to visit iTunes.com/restore-tones to get their jingles back.

During the 'Made by Google' launch event earlier today, Google unveiled an entirely new addition to its Pixel portfolio — Pixel Watch — and teased yet another one by previewing its first Android tablet, the Pixel Tablet, on stage. Pixel Tablet brings Google's Pixel experience to a much larger screen (although Google didn't say exactly...
Nehal Malik
12 mins ago