Apple today has released iOS 8.3 beta 4 (build 12F5061) for download for developers as an over-the-air update, also available in the iOS Dev Center. The release comes 12 days after iOS 8.3 beta 3 was made available. 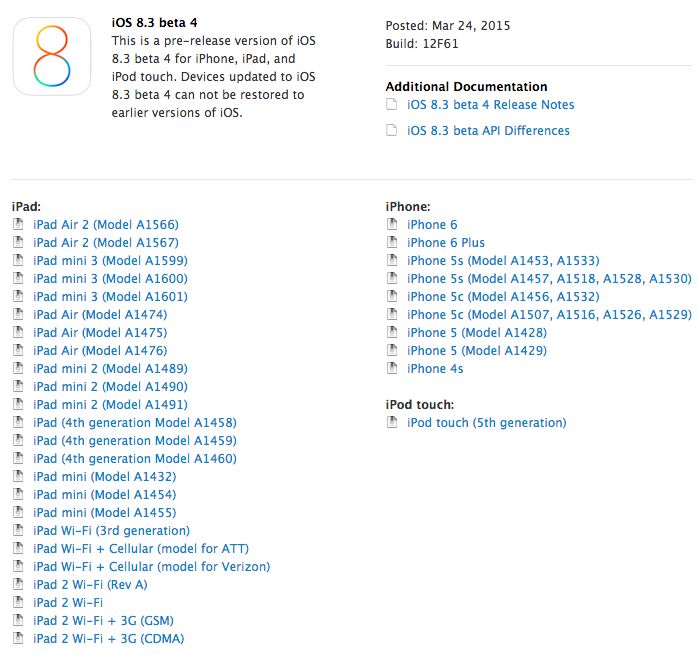 New releases of Xcode 6.3 beta 4 with Swift 1.2 are also out, plus a new beta of software for Apple TV.