Apple has just pushed out iOS 9.0.1 for download, which contains numerous bug fixes. The update is available over-the-air and comes in at 35.4MB for the iPhone 6 Plus: 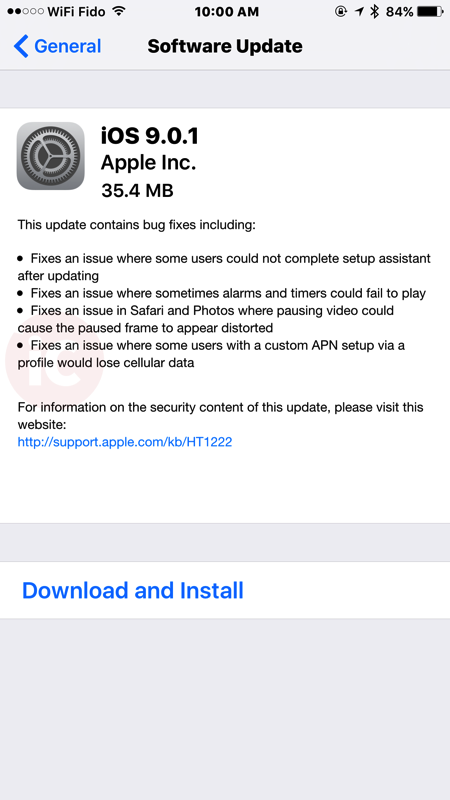 Apple says this update fixes the setup assistant not completing for some users, along with a bug where alarms and timers would not alert users. Also, an issue where pausing video in Safari and Photos would distort the paused frame is fixed, while also an issue with custom APNs was addressed where it would lose cellular data when setup via a profile.