Apple has released iOS 9.0.2 for download which includes a bunch of bug fixes. It’s available as an over-the-air update and comes in at 72.5MB for the iPhone 6s Plus.

It includes bug fixes to address the setting to turn on/off app cellular data usage; fixes an iMessage activation issue; addresses an iCloud backup issue; the screen orientation bug when receiving a notification (THANK YOU); and improves the stability of Podcasts. 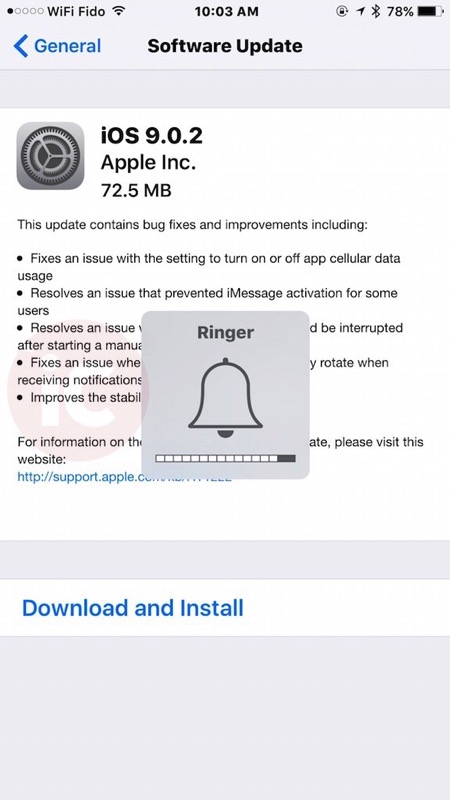 Update: here’s a better screenshot for you guys 🙂 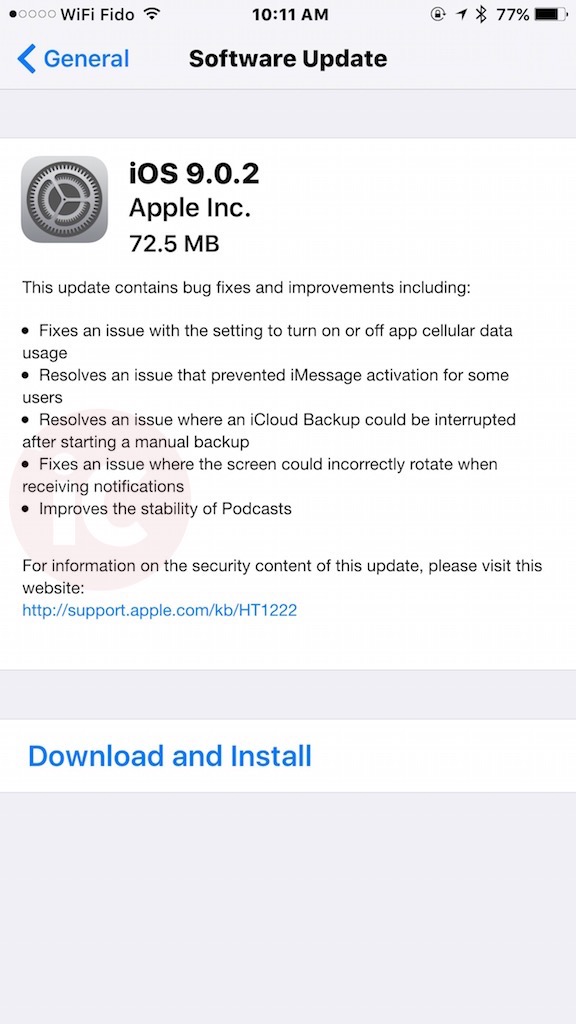 This update comes just five days after iOS 9.0.1 was released. Way to go Apple for pushing these out so quickly! Also–OS X El Capitan is expected to release today.

Update: iOS 9.1 beta 3 is also out for developers.