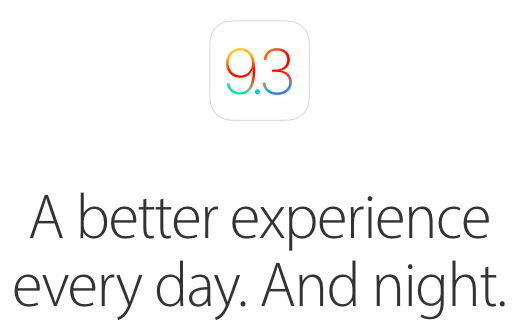 Just over a couple weeks ago, Apple released final versions of iOS 9.3 and watchOS 2.2 for customers, which added new features such as Night Shift and also better Maps for Apple Watch users. iOS 9.3.1 was recently released to fix an issue with web links in Safari not working for some users.

We’ll let you know what’s new aside from the usual bug fixes and performance improvements.