Many iPhone and iPad apps that recently received updates in the App Store are suddenly requiring users to reinstall the latest versions as for some unknown reason, Apple appears to be re-issuing the updates for these iOS apps in the App Store, The Verge is reporting.

“Among the Verge team, the number of unexpected updates ranged from less than twenty to nearly 100, with updates dating back to the beginning of the month resurfacing from the depths of the App Store. Your experience will vary, of course, depending on how many apps you have and have frequently you update them.”

As to exactly why these updates are being reissued is unknown at this time, although it could be related to an iOS 13.5 bug that seems to render some apps inaccessible with an error message informing users: “This app is no longer shared with you.” 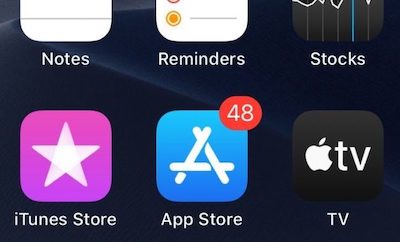 If you experience this issue with one or more of your installed apps, you can quickly fix it without losing its settings and data by first offloading the app via Settings > General > iPhone Storage, and then reinstalling it.

As of now, the reason for this particular “no longer shared with you” error isn’t clear either.