Update 1: Jim Dalrymple from The Loop confirms with his sources this story is a bust:

This is not going to happen, according to my sources. Apple will not hold an event in February, unusual or otherwise. That’s it.

According to Macotakara, Apple will be releasing the iPad 3 in March and they will be holding a ‘strange’ event in February. 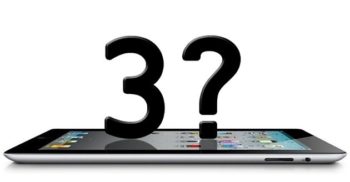 A quote on Macotakara says:

“I reported that Apple was going to hold Special Event in early February according to Asian supplier and source from united states, but this report told a half-side of truth. Apple will hold “Strange” event at February instead of Special Event. Special Event for new products will be hold in early March and will release products during March as usual.”

It was previously reported back in January of a similar event being held around the same timeframe.

All the indicators point to the iPad 3, but what could the ‘strange’ part be about? Availability on the day of the announcement? That’d certainly be a new one for an iPad launch. Will there actually be a separate ‘strange’ event in February and then another special event in March?  Seems a bit unlikely but hey, you never know.