Ten years ago today, Apple launched sales of the iPhone, with massive line ups at Apple Stores and carrier partner AT&T in the USA. It’s hard to believe it’s been ten years of iPhone, which CEO Tim Cook gave a shout out to this morning:

Here's to the #iPhone that changed the world, to the man who dreamed it & the people at Apple who have never stopped looking to its future. pic.twitter.com/kw3Ifx0qmi

For Canadians who wanted an iPhone, it took work to acquire it. You had to go to the U.S. and buy it yourself from an Apple Store (or get a friend to do it). But the problem is the phone needed to be unlocked in Canada, which was not easy. 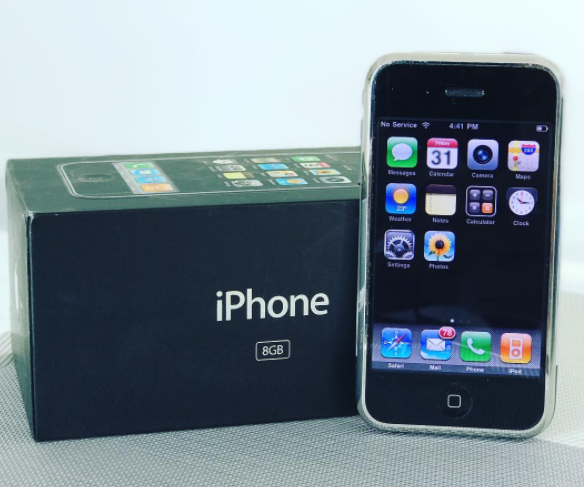 We purchased our 8GB iPhone from the Apple Store at Alderwood Mall down in Lynnwood, Washington (about 2.5 hours south of Vancouver). When I first experienced the iPhone inside the Apple Store, I knew I had to buy it.

But it wasn’t until a return trip down to Alderwood Mall did I make the plunge and fork out nearly $500 CAD at the time. It just so happened the top story on Digg (!) was about a new successful iPhone unlock for firmware version 1.1.1 (a jailbreak already existed). That sealed the deal.

Using an unlocked iPhone in Canada at the time was an incredible feeling. Strangers who knew about the iPhone would randomly come up and ask to see the device, and were pretty much in awe most of the time.

During this time, Blackberry ruled the smartphone world and ‘crackberry’ users quickly dismissed the iPhone. I can’t blame them since it was so limited in what it could do. No apps, a touchscreen keyboard (which they feared) and a limited (but elegant) email app. But what really changed the game was how scary accurate multi-touch (pinch to zoom and ‘rubber banding’ was mind blowing) was and how we were able to have a full web browser with Safari. Not this ‘baby Internet’ (as Steve Jobs called it) that was on smartphones at the time.

It wasn’t until April of 2008 did Rogers announce it would be launching the iPhone in Canada on its GSM network. Ted Rogers said at the time “We’re thrilled to announce that we have a deal with Apple to bring the iPhone to Canada later this year,” adding “We can’t tell you any more about it right now, but stay tuned.”

The Canadian iPhone 3G launch on July 11, 2008, overwhelmed Rogers stores and their activation servers. It was not a good day and despite waiting in line at 5:45AM, we left the Rogers store on West Broadway in Vancouver, empty handed. We later ended up buying our iPhone 3G in Victoria at a dealer store inside Tillicum Mall. Many of you shared your launch day horror stories as well on our site.

Fast forward to today, the iPhone is pretty much everywhere. It’s the computer in our pockets and it also is our camera capturing family memories. Kids who are using iPhones today #canteven imagine the hoops original iPhone owners had to jump through, to get one operating in Canada.

Here’s to another 10 years, iPhone. I can’t wait to see what comes next.

When was your first experience with an iPhone?