The folks over at MacWorld have recently pitted the iPhone 11’s Night Mode against the improved Night Sight mode in Google’s flagship Pixel 4 to find out which of the two produces better photos in low light. Turns out the iPhone 11 richer, more detailed night shots than the Pixel 4 in almost every scenario. 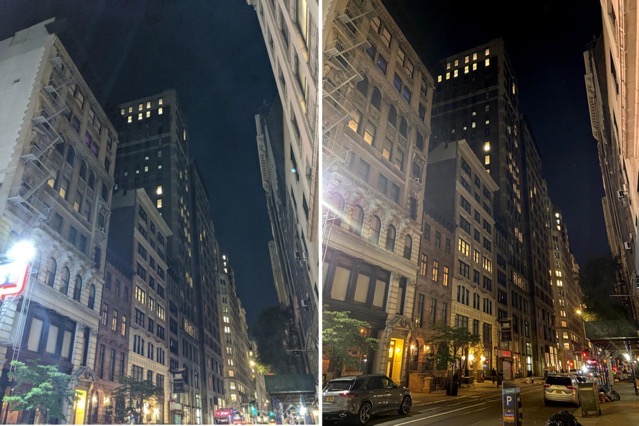 The above image shows how the iPhone 11 retains the integrity of the night and illuminates the right spots whereas the Pixel 4 blows out the colours while losing much of the definition and shadows. In the following image as well, the iPhone 11 clearly outperforms the Pixel 4. 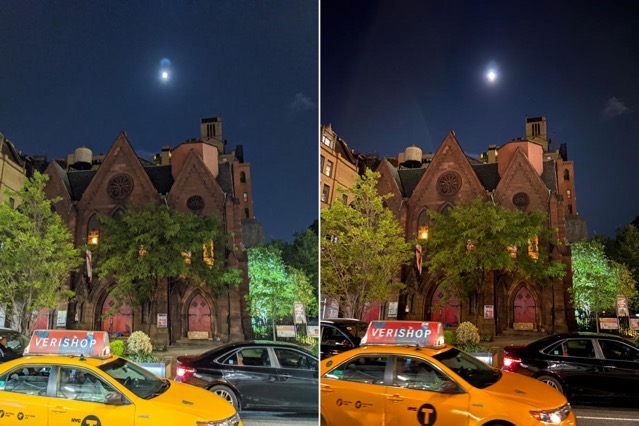 In terms of colour accuracy as well, the iPhone 11 outperforms the Pixel 4. Check out the two photos below.

This shot of four posters in a room was taken with the lights off. Both grabbed plenty of light, but you can plainly see how superior the iPhone 11’s version is, with both brighter and deeper colors, and better clarity and definition.

Once again, both cameras brightened the scene impressively but while the Pixel 4 (left) highlighted more of the spiderweb due to its overall brightening, the iPhone kept the moodiness and the creepiness of the scene without losing the spider or the leaves. 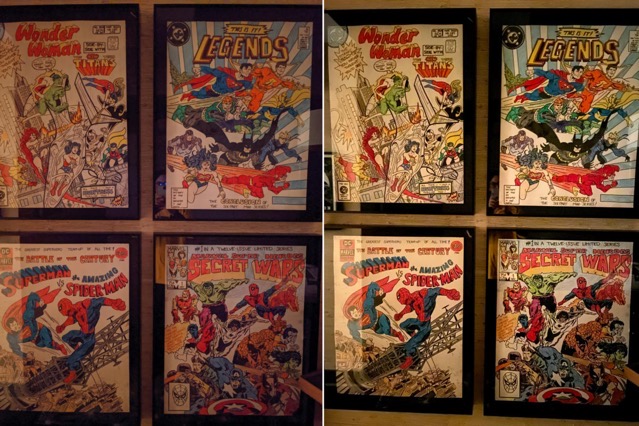 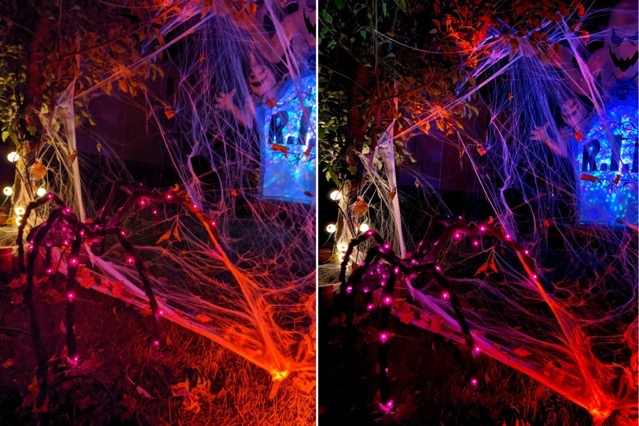