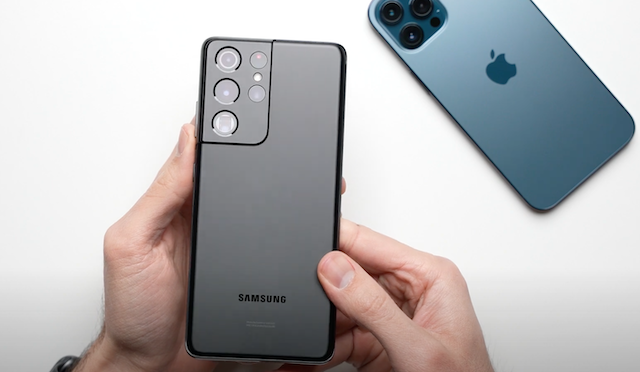 While the iPhone 12 Pro Max has been in the market for nearly 3 months now, Samsung has just debuted its latest flagship smartphone lineup with the Galaxy S21 Ultra being the top of the line model.

As you can see in the video, after being dropped 14 times from varying heights and angles, the iPhone remained relatively undamaged, with some minor scuffs on the stainless steel frame.

On the other hand, the Galaxy had a thin crack on its rear panel after the back drop, and its front glass also shattered after the face drop.

“We also noticed that the S21 Ultra wasn’t as resistant to scratches as some of the other phones we’ve tested,” notes PhoneBuff.

Check out the drop test video below and share your thoughts with us in the comments section.

Back in September, Pluto TV announced it would be launching in Canada in December and as of today, the free ad-supported streaming TV service is now live. This new Free Ad-Supported Streaming Television (FAST) service is from Paramount Global, with Corus Entertainment Inc. as its Canadian partner. Pluto TV says it is the world’s leading […]
Gary Ng
12 mins ago