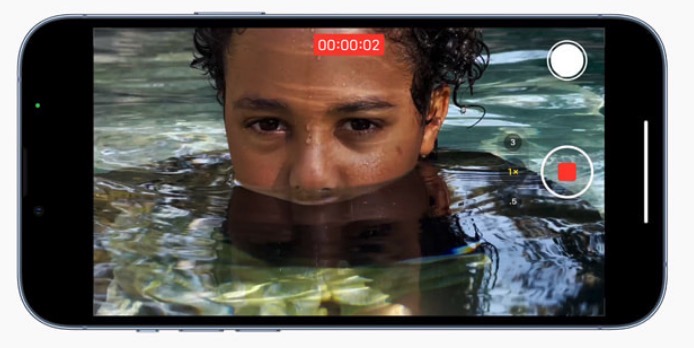 As part of Apple’s iPhone 13 Pro and iPhone 13 Pro Max announcement yesterday, the company says the ProRes advanced video codec is available on iPhone for the first.

According to Apple, ProRes is “an advanced video codec used widely as the final delivery format for commercials, feature films, and broadcasts, to offer higher color fidelity and less compression.”

With iPhone 13 Pro and iPhone 13 Pro Max, these flagship models now have end-to-end pro workflows in both Dolby Vision and ProRes.

Apple says thanks to new camera hardware, advanced video encoders and decoders in the new A15 Bionic and “flash storage pipeline”, is what allows for ProRes and Dolby Vision video recording.

Now, according to Apple’s fine print, the ProRes video recording in the Camera app has its limits, based on your phone’s storage capacity.

Other recent video recording limitations include Cinematic mode for recording videos with shallow depth of field, as this is limited to 1080p at 30 fps.