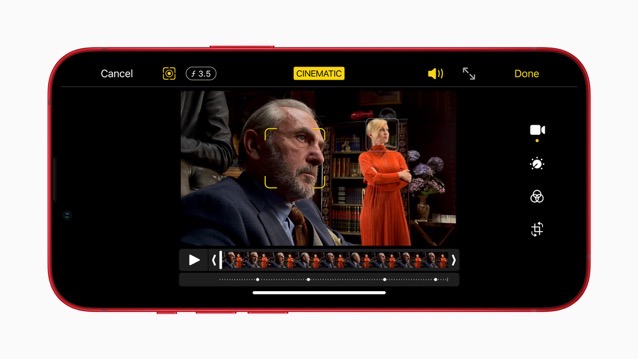 Apple made its big yearly splash yesterday, introducing the iPhone 13 series hardware and the new line of features supported at launch. Most notably when it came to the camera, was the iPhone 13’s new cinematic mode, which mimics professional rack focus. Though it’s now been discovered that the feature is capped at 1080p @ 60FPS.

While the iPhone 13’s cinematic mode is a novel feat and enables users to shoot footage that is more in line with professional cameras, the shallow depth of field effect will only be accessible when filming in 1080p @ 60FPS. This fact was quickly discovered following Apple’s ‘California Streaming’ event and was spotted by App Store developer and Twitter user @DylanMcD8.

Cinematic is only 1080p 30fps. That has absolutely ruined the feature for me. pic.twitter.com/4J5FB4k3Eq

It was discovered that Apple specs indicated that cinematic mode would only be accessible at 1080p @ 60 FPS. While at first blush, the limitation of 1080p could seem like a drawback, Apple did heavily advertise the feature as filmic and compared it to professional-grade cameras.

The iPhone 13’s cinematic mode is made possible with the introduction of the A15 Bionic chip Apple has developed. The new device also supports better optical image stabilization. On top of that, Apple has introduced their “largest sensor ever” with new Telephoto, Ultra Wide, and Wide lenses on the iPhone 13 Pro and Pro Max iterations.

Apple is reportedly scrapping its initial plans to increase iPhone production this year due to lower-than-expected demand. Following the launch of its new flagship, the iPhone 14 series, Apple is now reconsidering the scaling of its production. As reported by Bloomberg, Apple has reached out to its supply chain partners. Initially, the Cupertino company is...
Steve Vegvari
14 hours ago

Logitech is launching a brand new line of 'Designed for Mac' keyboards and mice. The announced products are specifically aimed at servicing Logitech's Apple users. The lineup of 'Designed for Mac' devices includes the MX Mechanical Mini for Mac Keyboard. This keyboard offers the traditional Mac layout. It features backlit keys and is USB-C rechargeable....
Steve Vegvari
15 hours ago