A tech blog has obtained the 3D renders of what it claims will be the standard iPhone 13 model. 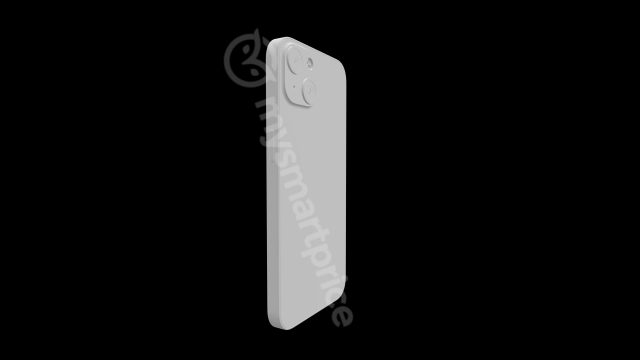 Apple may introduce a new diagonal rear camera layout with the base iPhone 13, according to Indian site MySmartPrice that has published renders based on schematics obtained from “industry sources” that claim to offer a look at how the next entry-level iPhone may look like.

A smaller notch has already been rumoured numerous times for the entire iPhone 13 lineup, but this is the first time that the public has heard that the rear cameras may be positioned diagonally on the standard iPhone 13 with a 6.1-inch display.

The big surprise here is that there are three cutouts for the cameras on the front. Now, that’s technically the same as current iPhones, which have a cut-out each for the dot-projector (for FaceID operations), an Infrared camera and the main front camera. Having said that, the usual placement is two cutouts on the left of the notch, with the earpiece in the middle, and another cutout for the camera on the right of the notch. In this one though, the three cutouts are placed right next to each other, which makes you wonder why Apple would pick such a design unless it wanted to put two cameras on the front this year. The earpiece is placed above these three camera cutouts.

The overall layout of the cameras around the back also seems to have been changed, although it isn’t thought that the hardware will see significant improvements. The lack of a LiDAR scanner cutout also indicates that it is likely to remain exclusive on the Pro models.

MySmartPrice has previously shared accurate renders of upcoming Apple products, so it’s worth looking into. However, as with all alleged leaks, we suggest taking the report with a pinch of salt at this early stage.