As we get closer to the iPhone 5 launch, which is due either this summer or this fall 2011, the leaked images have started to hit the web.

The latest purported iPhone 5 leak comes from Apple.Pro who has published an unverified image of what is claimed as the back cover for the iPhone 5.

As seen in the photo, the cover is white with two distinct holes in it. Recent rumors have pointed to the holes as being one for the camera and one for a new separated flash.

Last week, an iPhone 5 case revealing a similar back cover design with a separate flash was leaked.

While it’s difficult to verify the authenticity of the photo, these leaks out of China have previously served to reveal various iPhone prototype parts in the lead up to a new iPhone release. 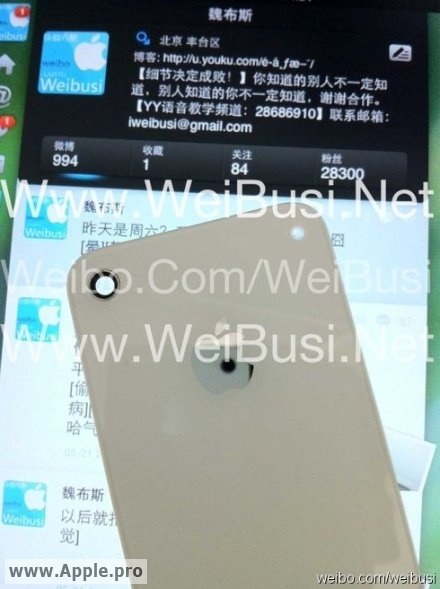