iPhone 5 to Get “Logo Antenna” and Aluminum Backing?

The latest iPhone 5 rumour is that Apple will bring an aluminum back casing to the next iPhone, along with a major antenna redesign. This comes from a Chinese source at the Taiwan Economic Daily news, translated by Macotakara.jp:

According to a Chinese source, Apple seems to change back form factor of iPhone to aluminum case which was used for first iPhone’s and to give up using glasses.

Decision to design similar to iPod touch instead of using glass is supposed that Apple seems to stop problems which are told widely damages from scratching, difficulties of painting white and weight of glass.

Antenna will be designed to penetrate cellular and Wi-Fi waves via resin made Apple logo placed case back, design of iPhone4 using side exposed steel antennas seems to be abandoned.

With the debut of the A5 chip in the upcoming iPad 2, it is likely iPhone 5 will also sport this newer dual core processor.

iPhone 5 to Get “Logo Antenna” Like iMac and iPad?

A redesigned antenna will ultimately suppress the controversial “antennagate” issue some experienced with the current design.Â I loved the brushed aluminum backing on the original iPhone. The problem with aluminum is that it blocks cell reception, creating the effect of a Faraday cage. This is why the antennas were placed along the bottom rear of the original iPhone, covered in plastic.

However, current iMac and iPad will be quick to note that the Apple cleverly placed the WiFi antenna behind the rear Apple logo, as the images below from iFixit revealed. 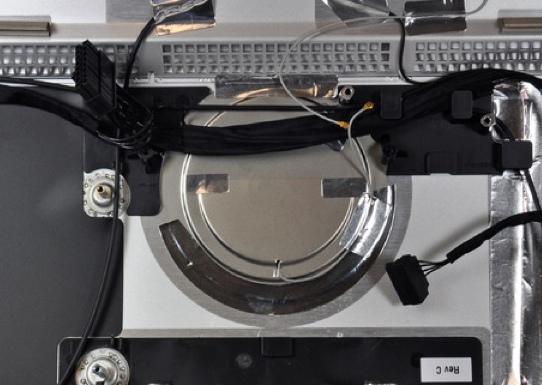 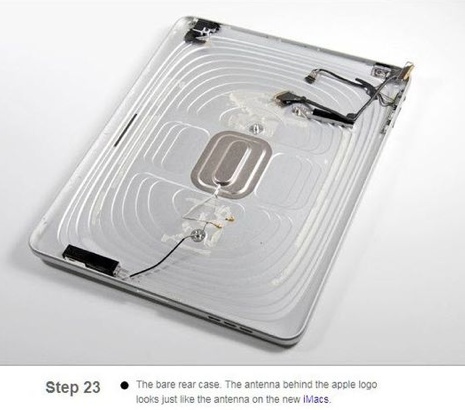 Could we see a similar design in the next iPhone 5? Signs point to “yes”, as Apple already has patents for putting the antenna behind logos, as Patently Apple stated last December. Here’s an image of the “logo antenna” sketch Apple submitted:

Check out this mockup of the iPhone 5–what do you think? 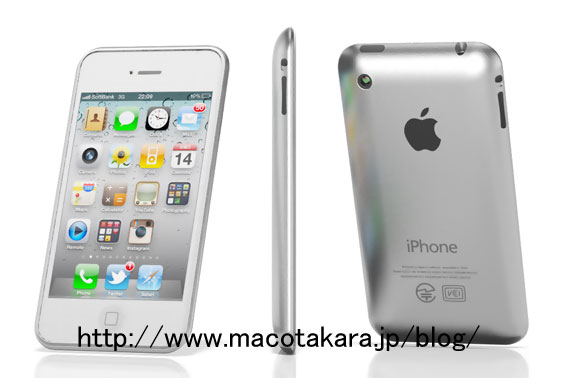