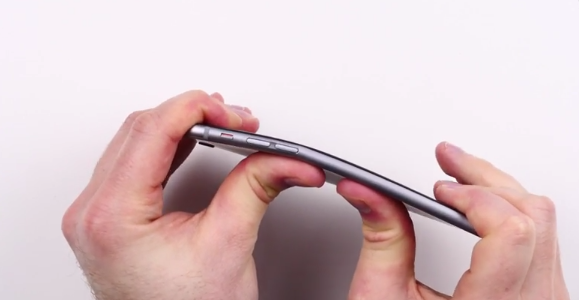 Earlier this morning there was a story about how some users accidentally managed to bend their iPhone 6 Plus units just by having it in their pockets. While the bending of iPhones (or any other smartphone) is not new, of course it’s going to make headlines with the larger 5.5-inch 6 Plus.

Canadian YouTube channel UnboxTherapy decided to show just how much force it takes to bend an iPhone 6 Plus. Check it out below:

The bottom line: if you have your iPhone 6 Plus in the back pocket of your skinny jeans, and you’re a heavy person that sits down on the device, there’s a good chance you’ll bend it or crack the screen. It’s called common sense, people.

Update: Here’s the same bend test but with a Samsung Galaxy Note 3:

Facebook has today announced some new ways to customize what you see in your Feed, including an option to select 'Show more' or 'Show less' on a post to see more of what you want and less of what you don’t. Along with updates from your friends, Groups, and Pages, Facebook recommends posts from creators...
Usman Qureshi
12 mins ago