Professional photography and camera review website Digital Photography Review (a.k.a DP Review) has just published a comprehensive review of the iPhone 6 Plus camera. The website, which is widely considered to be the definitive source of information related to photography and camera gear, has examined Apple’s latest and greatest iPhone camera from every imaginable angle. 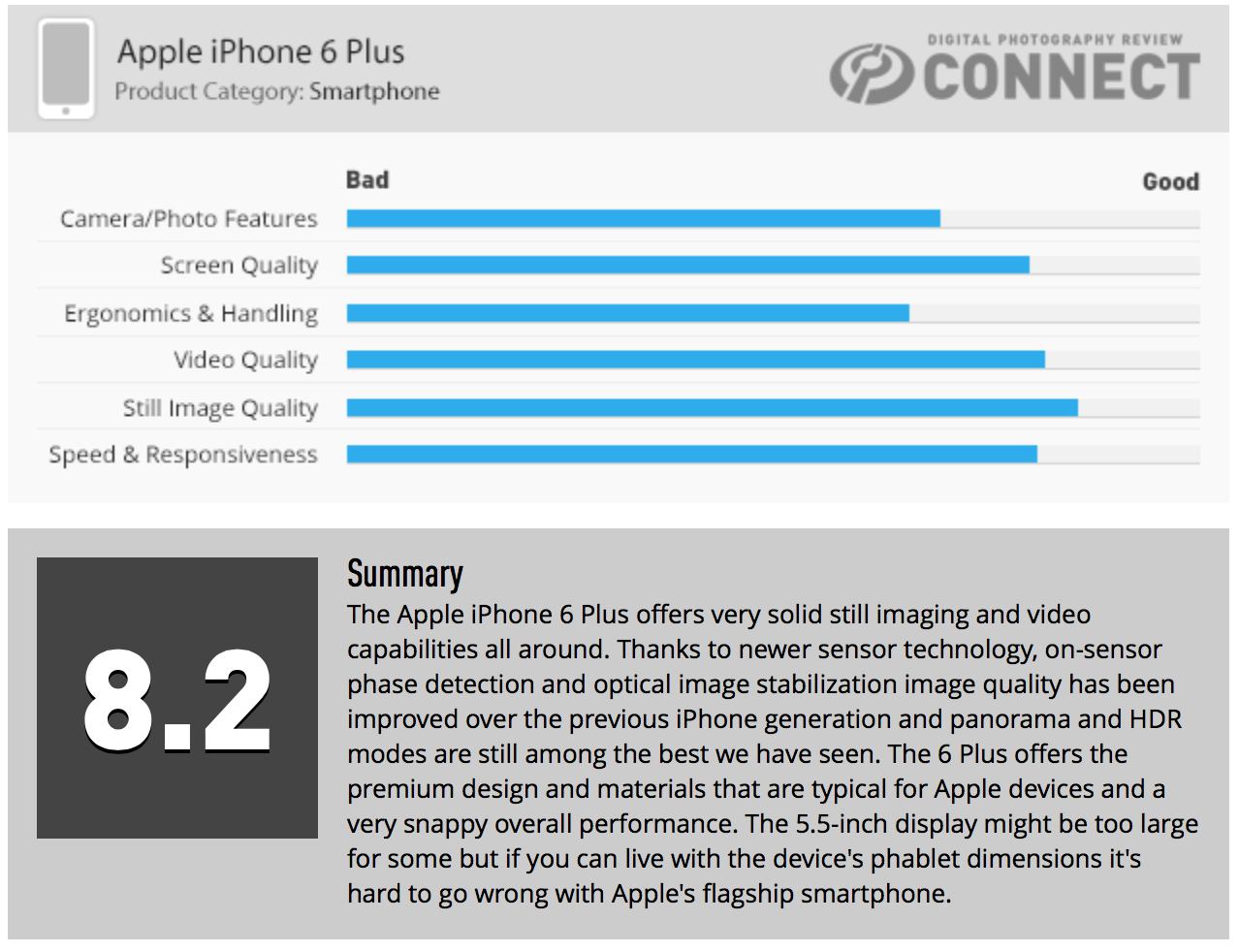 The review digs deep into the iPhone 6 Plus camera and uses facts and data to support its opinions and conclusions. In the review’s DXOMark image quality assessment tests, it is noted that the iPhone 6 Plus images show “very good overall exposure, very fast autofocus in both low and bright light, good color rendering, nice detail preservation and low noise levels outdoors and indoors”. The DxO testers were also impressed by the flash performance. “In video mode the iPhone 6 Plus autofocus is the best ever tested by the DxOMark Mobile Team” and the engineers found the footage to be “well stabilized” with good color.

“The iPhone 6 Plus does not revolutionize smartphone imaging nor is it outstanding in any particular area. However, it is simply a very good smartphone camera all around that delivers well-exposed, detailed and sharp images and video at the touch of a button. The HDR and panorama functions are among the best we have seen and more manual control over imaging parameters is available via third-party camera apps.

If you think the device dimensions are right for you and have the spare cash, as an existing iOS user or someone who is not committed to a specific mobile OS you cannot go wrong with the 6 Plus.”

You can hit up this link to check out the review’s iPhone 6 plus photos sample gallery or if you want to read the whole review, check it out here.