iFixit Tears Down the iPhone 6, Includes Chips from Qualcomm and SK Hynix

The folks over at iFixit, who flew down to Australia to be one of the first to teardown the iPhone 6 Plus, have continued their iPhone 6 teardown to reveal chips from NXP, SK Hynix, Skyworks Solutions and other companies. Like previous iPhones, the iPhone 6 also uses a Qualcomm 4G LTE modem. 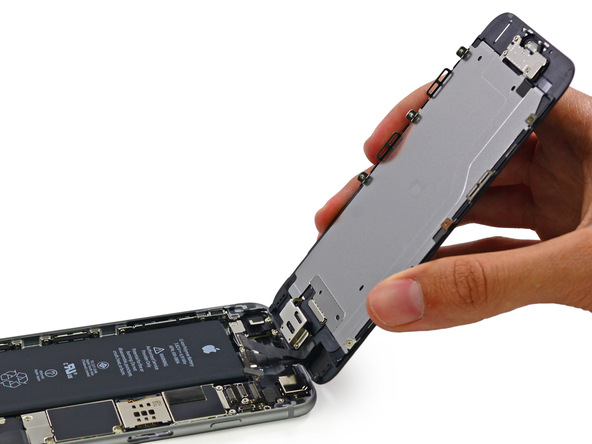 Disassembling the iPhone 6 in a Mac repair shop, the experts also discovered a Murata (6981.T) wifi module, a Broadcom touchscreen controller, and chips from Avago and TriQuint. The NFC chip in the iPhone 6 Plus comes from NXP Semiconductors, in line with most investors’ expectations. NXP also supplies the iPhone’s motion co-processor, which is a key to making its sensors work without draining its battery. 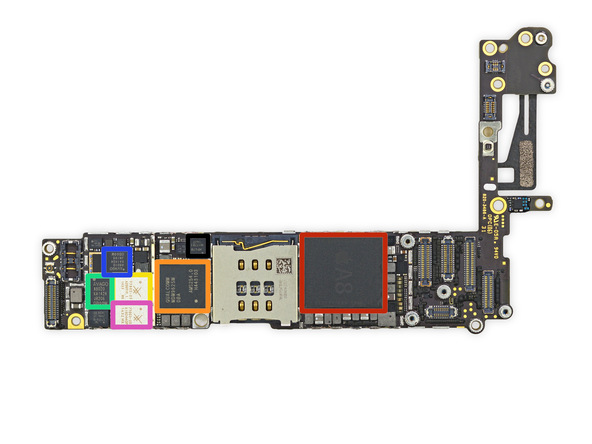 Highlights from the front side of the logic board: 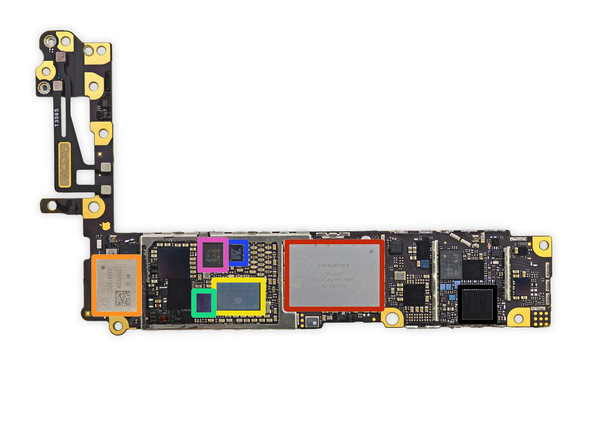 The back side of the logic board includes: