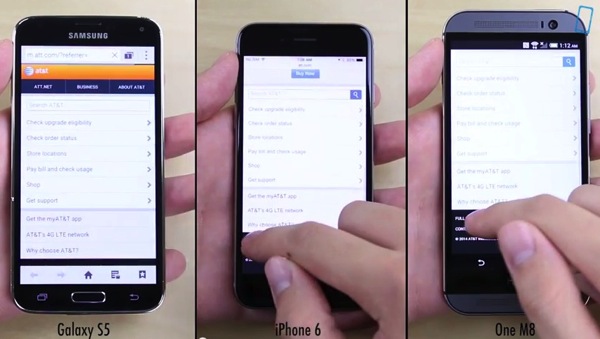 The iPhone 6 has been put up against the Samsung Galaxy S5 and HTC One (M8) in a new speedtest video posted by YouTube channel PhoneBuff.

Of course this test doesn’t prove everything when it comes down to choosing the best phone, but it does go to show impressive specs on paper don’t mean everything–as software plays a part too.