A new video tonight details what claims to be the next ‘iPhone 6s’ display. The hands-on video was filmed by EverythingApplesPro on YouTube for 9to5Mac.

The video details for the first time how the front-facing camera on the ‘iPhone 6s’ appears to be larger than the existing iPhone 6 camera, suggesting a higher resolution ‘selfie’ camera is coming. The channel shared a similar video ten days ago, but did not go into specifics on the part.

Also new is a closer look at the backside of the display, which again shows a mysterious rectangular chip many suspect to be a module for Force Touch on the iPhone, beneath two flex cables near the top. 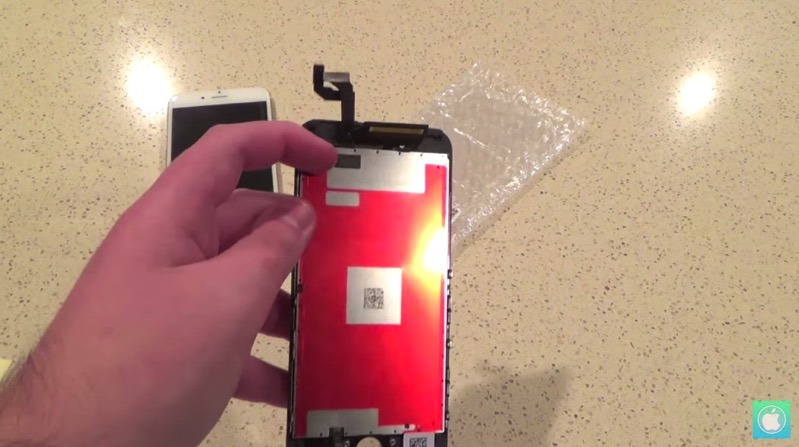 Earlier this month, images of what claimed to be Apple’s iPhone 6s display assembly leaked, looking pretty much exactly the same as the one in this video. Check it out below:

9to5Mac suggests the changes coming to the rear camera, which includes a bump up to 12 megapixels and 4K video capabilities, will finally see a flush rear camera again, that no longer protrudes (which it should have last year).

Apple will announce its next iPhone on September 9, 2015, at a special event to be held at the Bill Graham Civic Auditorium, in San Francisco.