YouTube channel PhoneBuff is back with another speedtest, this time pitting the iPhone 6s Plus versus the Galaxy Note 5. Each device goes through an unscientific timed test, opening a series of apps and reopening them. The first device to finish the series of actions first in the shortest time wins the test. 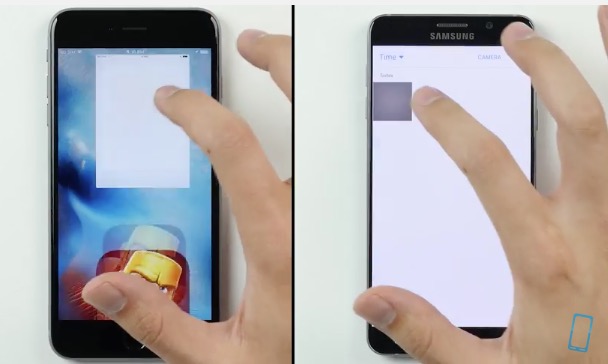 If you take a look at the test above, even snapping a Live Photo on the iPhone 6s Plus than a regular image being taken on the Galaxy Note 5. Blame Samsung’s ‘bloated’ TouchWiz for the slowdowns.

Early iPhone 6s benchmarks shared by AnandTech revealed the smartphone’s NAND controller combines PCI-E and NVMe, the first mobile solution to use both, which sets new mobile benchmarks according to the site’s preliminary tests.