Did you pre-order an iPhone 6s or iPhone 6s Plus? Some orders made in Canada have started to move into the next ‘Preparing for Shipment’ phase, which means orders can no longer be cancelled. iPhone in Canada reader Jason shared with us his pre-order, which has now moved into this next phase: 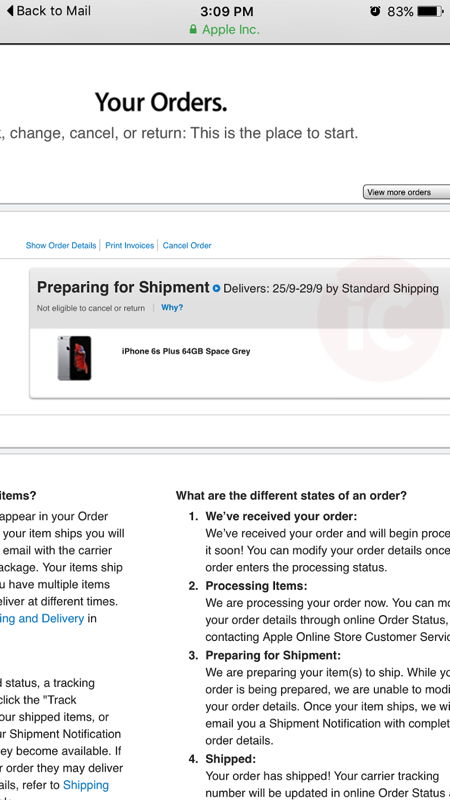 What’s the status of your iPhone 6s or iPhone 6s Plus pre-order? Our status hasn’t changed yet, but we expect it to shortly.